PLEASE GO TO OUR 'GO FUND' ME PAGE AND DONATE!

PRAYER FOR UKRAIN
"Whom shall I fear?” Creator God, this question of Psalm 27 is not rhetorical for the Ukrainians who are threatened by the buildup of Russian troops and saber-rattling on their borders.

Lord, be their light and their salvation. Protect the Ukrainians whom we watch on the nightly news — the elder veteran pacing an old army trench, the grandmother in her pink housecoat taking up arms, the mother and her teenagers practicing at the shooting range, the common citizens answering the call to protect their homeland, their communities, and their right to live free and secure. Strengthen President Zelenskyy as he jets from one country to the next, rallying the support of allies, while also attending to his citizens and walking the streets to encourage and reassure them.

We seek your presence also in Russia and among her troops. Save those called to kill by leaders far removed from the blood, trauma and moral injury of war. Open the hearts of political leaders who prioritize power over people.

Bless the efforts of diplomacy, that peace may soon be seen as the most profitable and proven path. Until that day when peace shall reign, until that day when enemies stop “breathing out violence” at the borders of the innocent, let us hold onto the promise that we “shall see the goodness of the Lord in the land of the living.” On behalf of those who suffer and struggle, we wait and we pray and we listen to the psalmist. “Be strong, and let your heart take courage; wait for the Lord!” 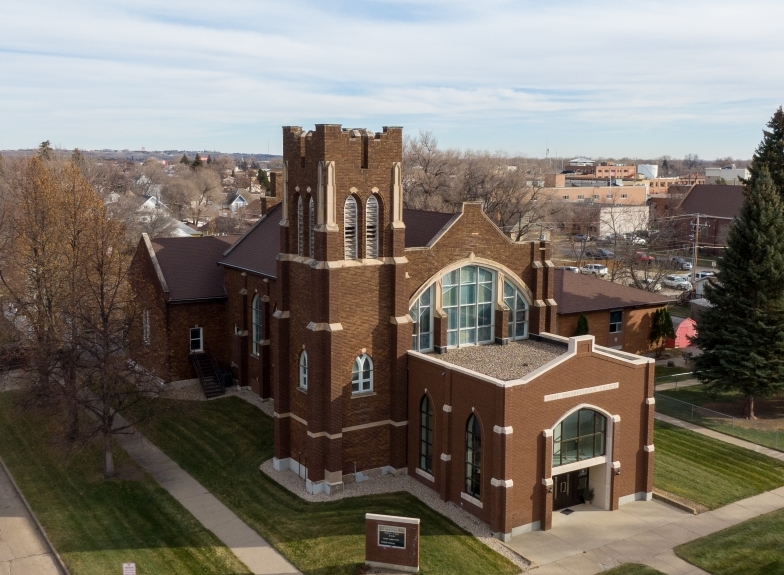 These are plaques of our beautiful windows! Each one tells the story connected with the window!

They have been mounted on the wall next to the window they represent! 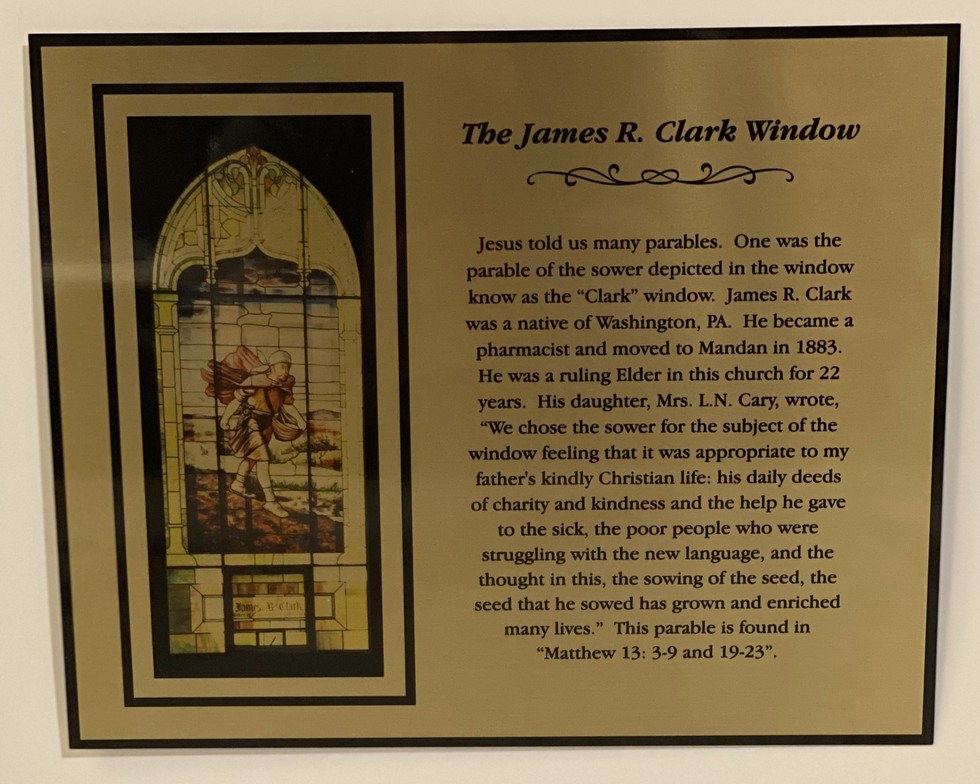 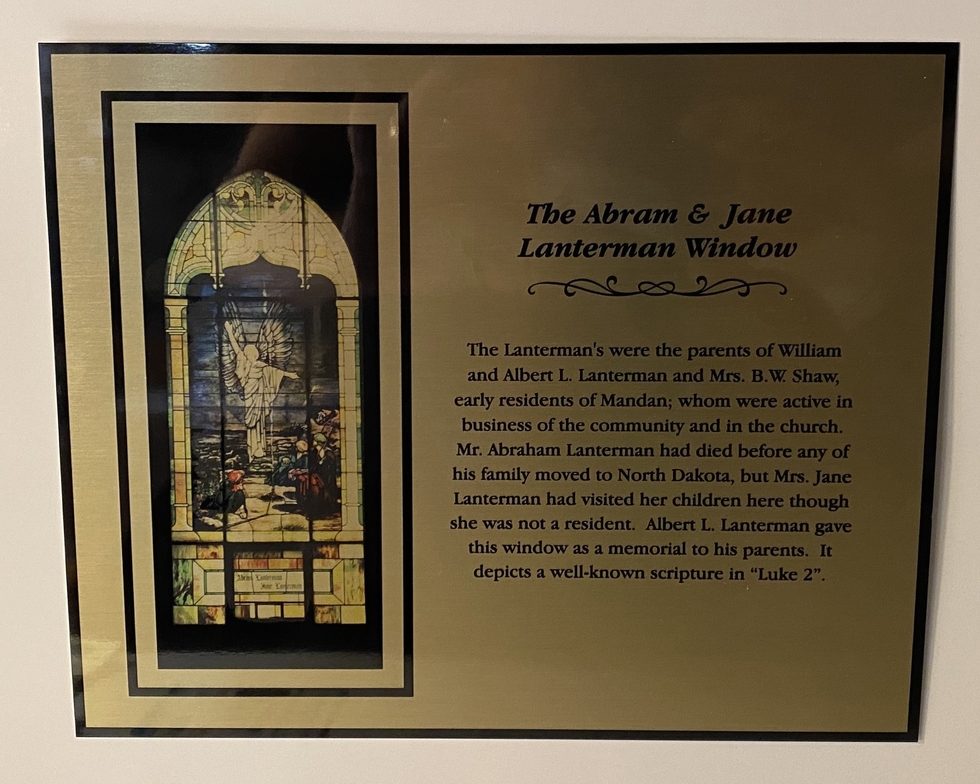 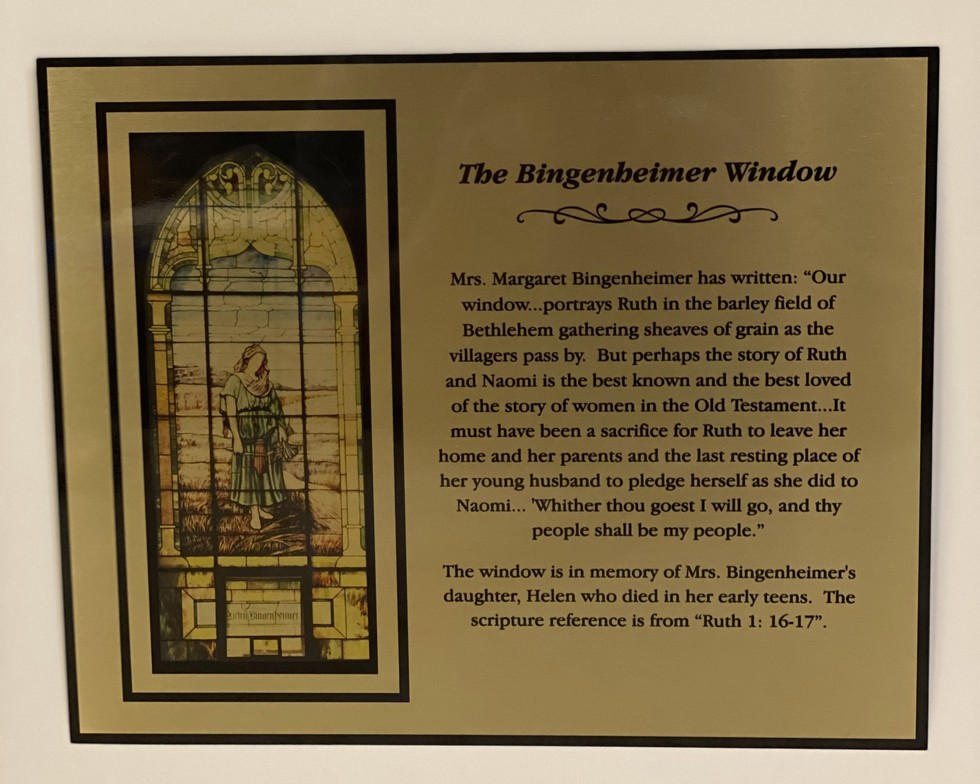 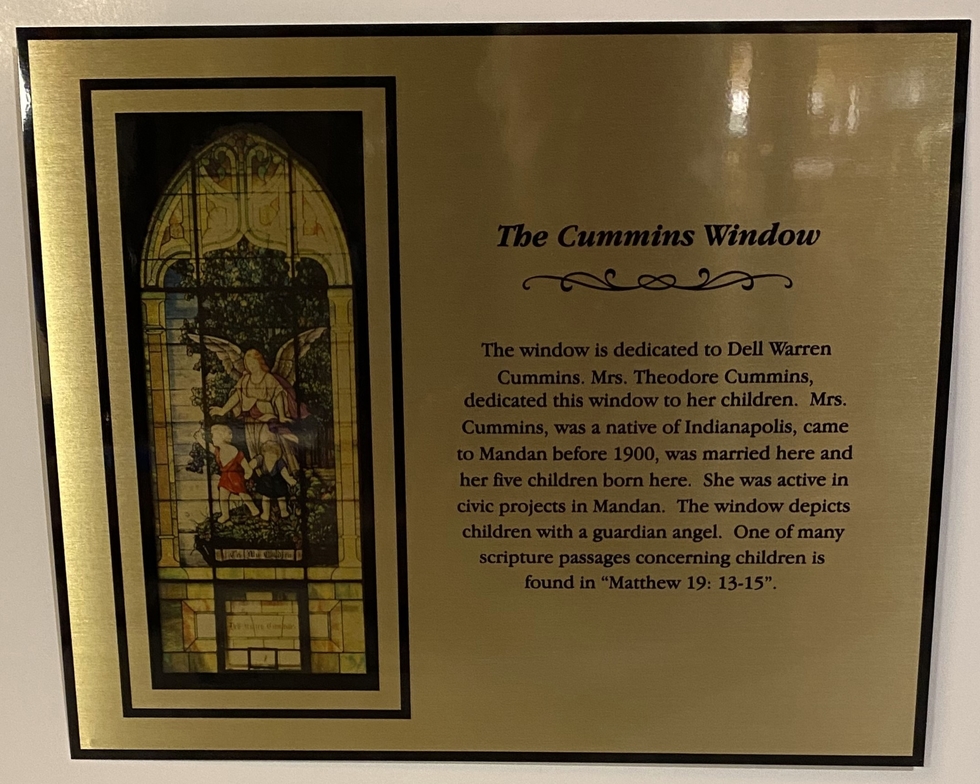 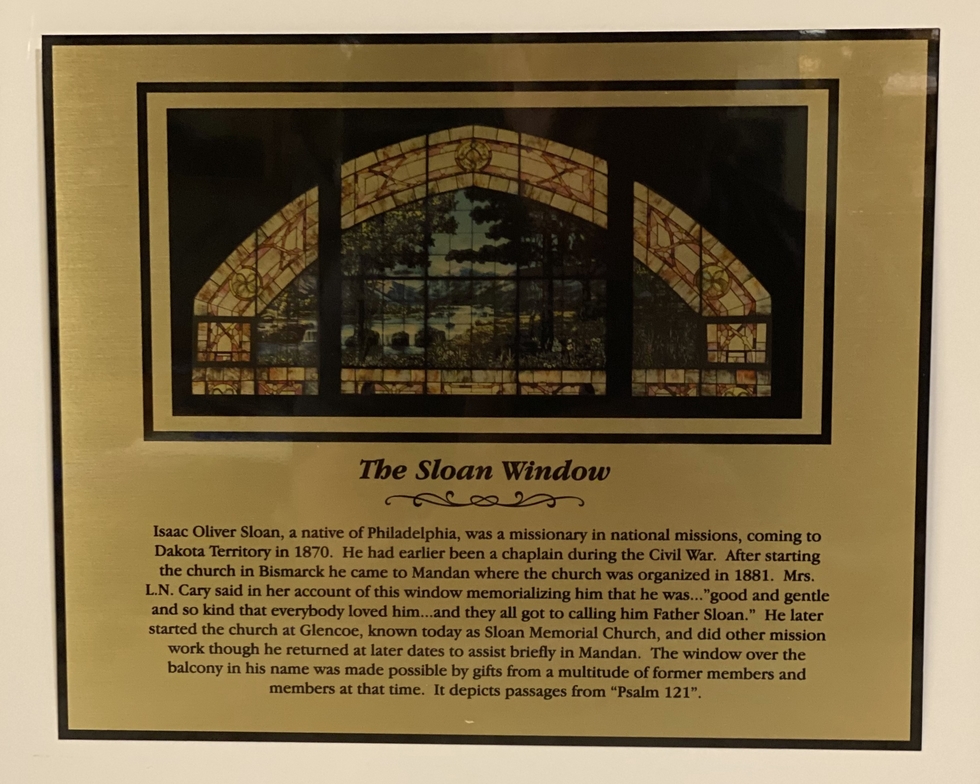 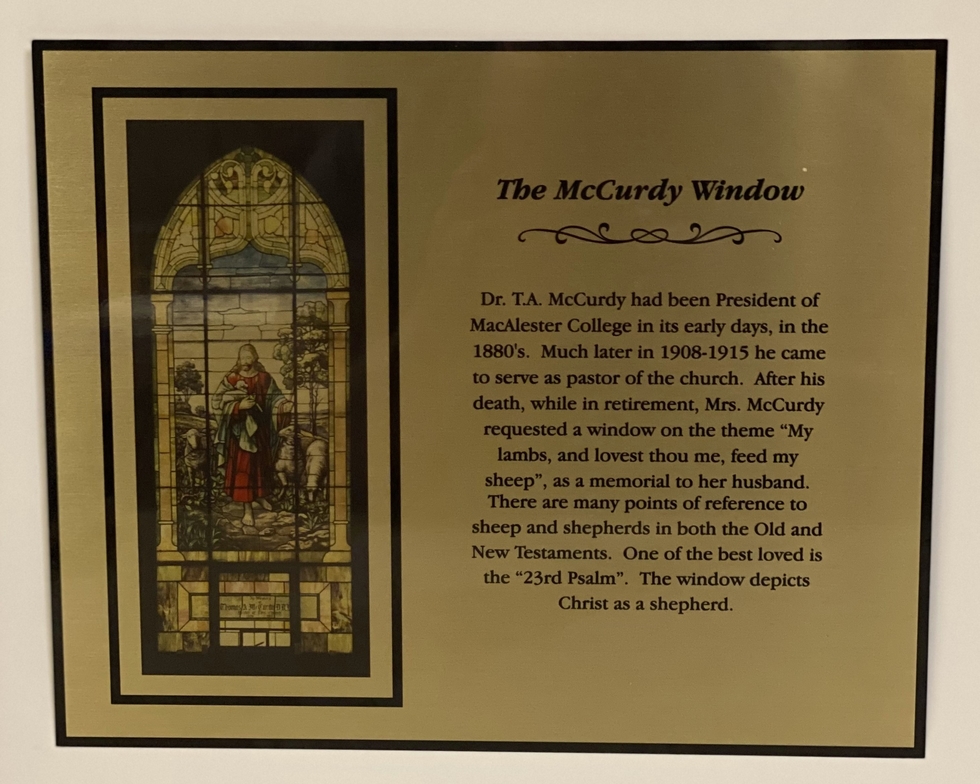 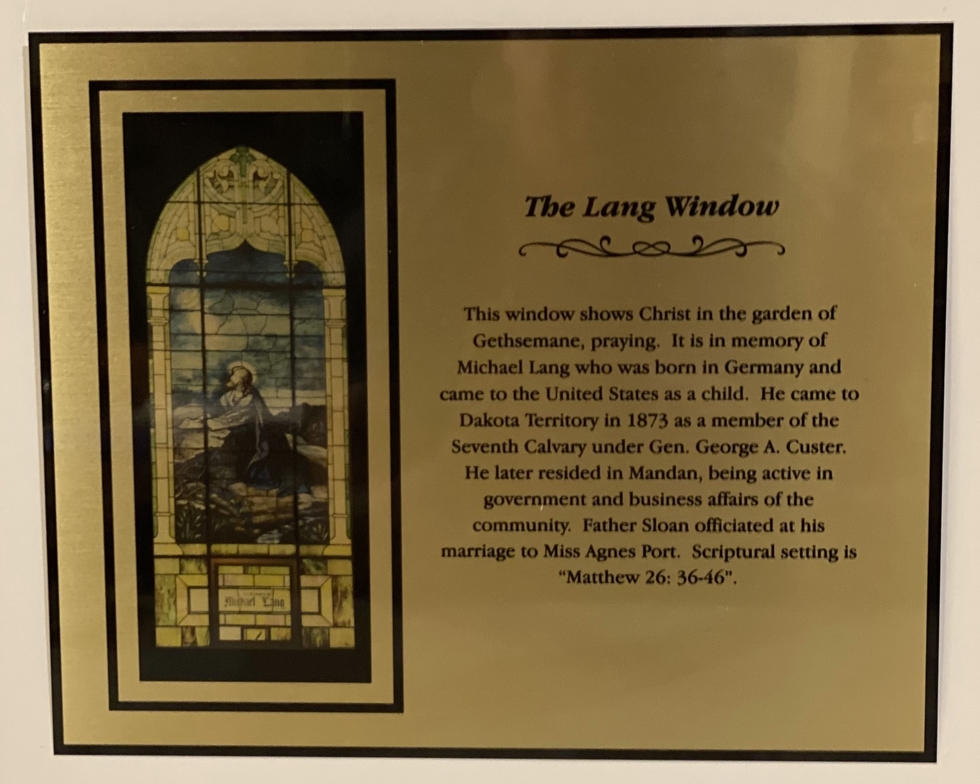 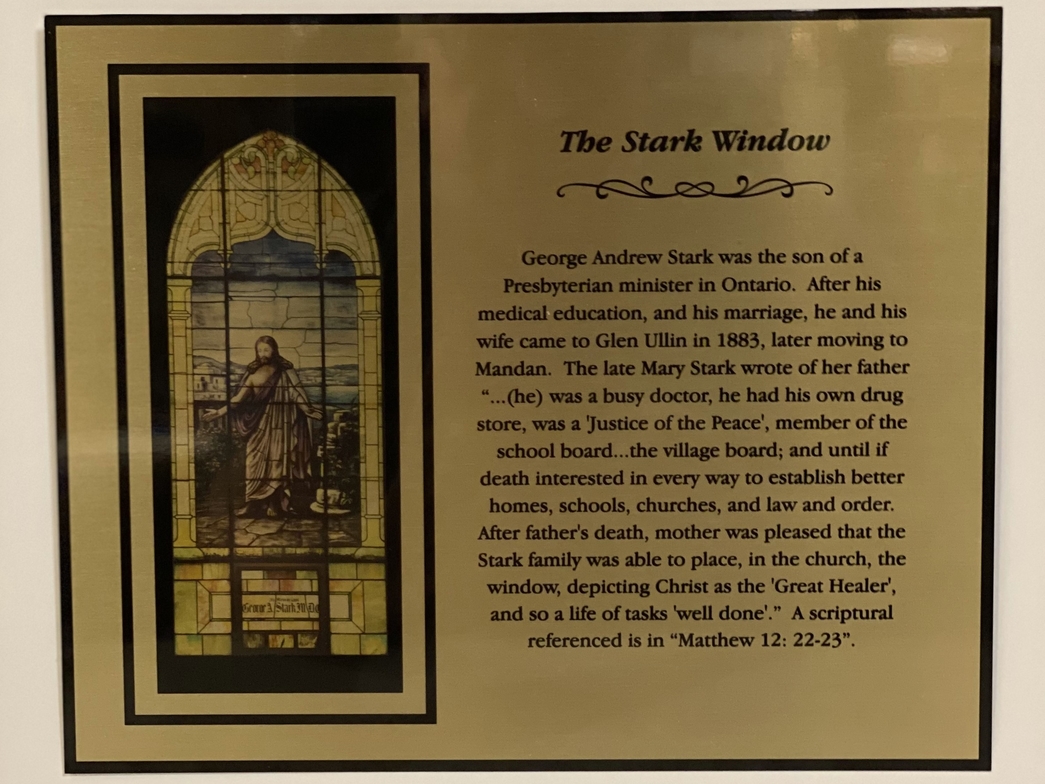 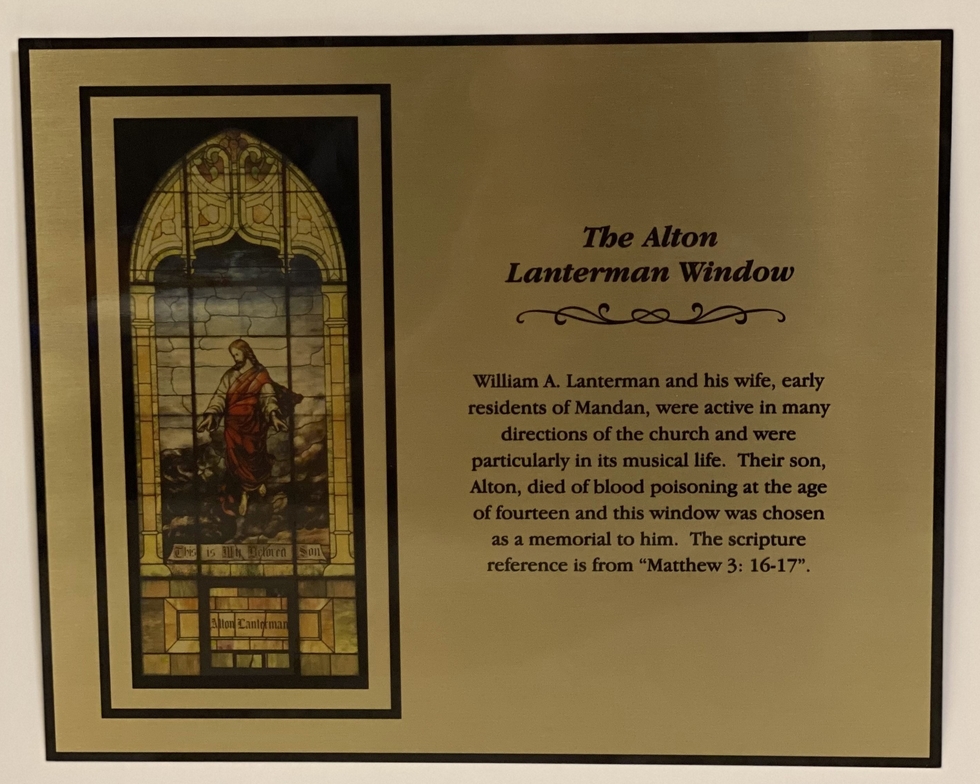 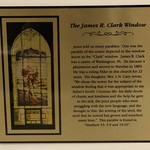 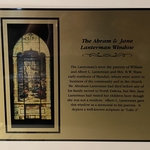 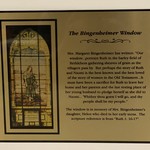 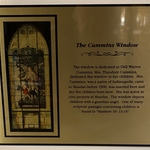 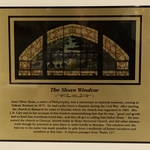 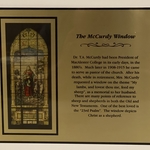 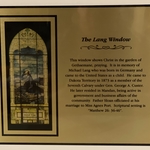 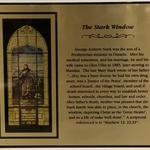 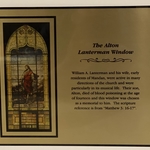 The Mission statement of the First Presbyterian Church of Mandan.

And with all your mind;  And to love your neighbor as yourself --

In this community and beyond.

Learn More
query_builder
Worship Service
Join us this Sunday at 10:30 am for our single service. All are welcome!
place
Mandan, ND
310 3rd Ave NW 58554
error_outline
I'm New Here
Helpful in for for visitors
face
Children In Action, Wednesday Evenings from 6:30 pm to 7:30 pm.
Children are welcome at all our services!
Serve With Us
We believe serving is both a privilege and an act of worship. Through volunteering, we grow closer to our church family and become more like Jesus as we use our God-given gifts to bless others.
There are many ways to serve.

We have opportunities for service.  There is the Session which is made up of nine ordained Elders.  The Session is responsible for all financial decisions, spiritual decisions, and the day-to-day functioning of the church.  The Board of Deacons made up of twelve members that are the care givers of the church. The Deacons are responsible for ushering at Sunday morning services, for attending to the needs of the shut-in members of the congregation, and any other special needs that arise.  The Presbyterian Women have an active roll in the day to day needs of the church.

There are many committees that require a multitude of helping hands to oversee specific needs of the church:  Business, Finance, Stewardship, & Memorials; Administrative & Personnel; Property & Maintenance; Worship & Music; Membership, Outreach, & Website; and Christian Education.  All important in all aspects of the church.

Please pray for the people of Ukraine!